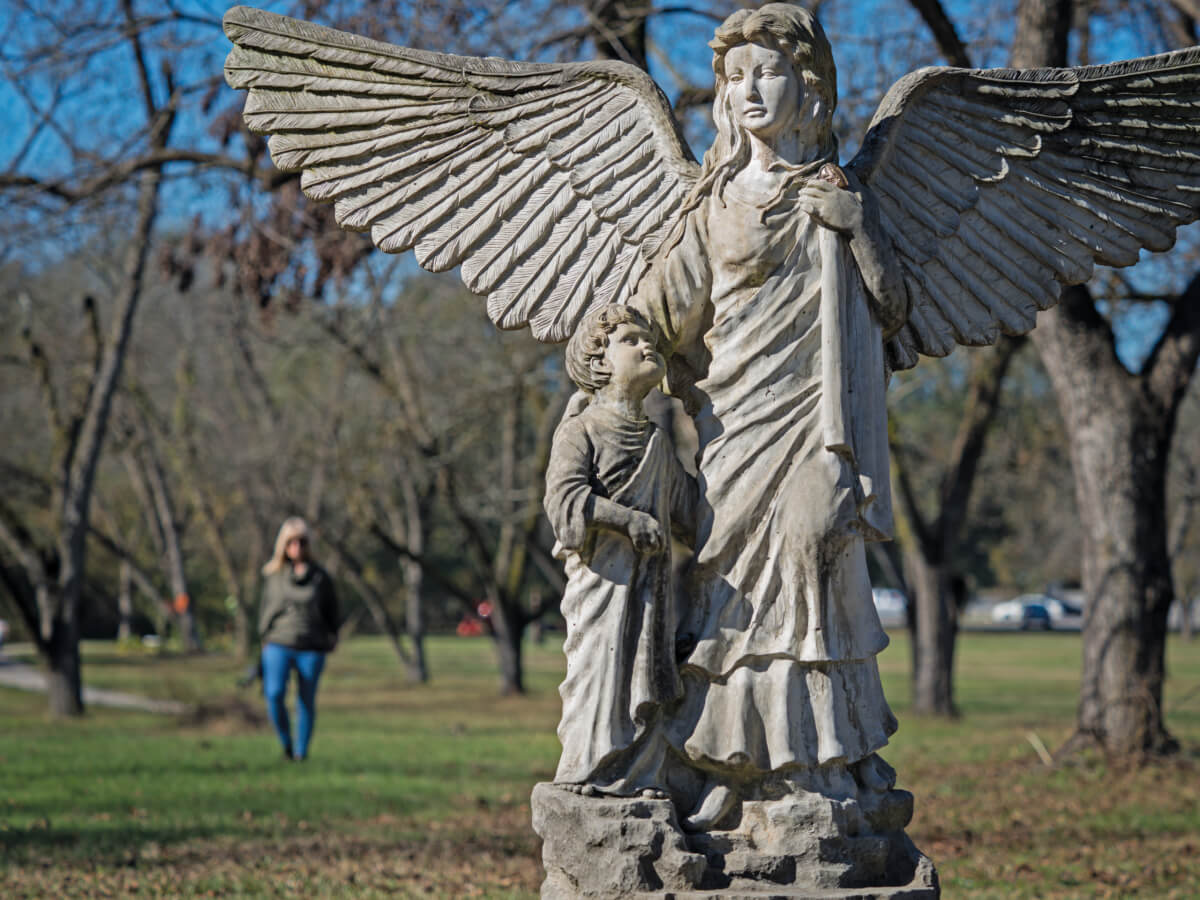 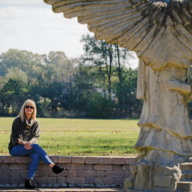 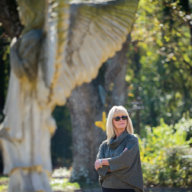 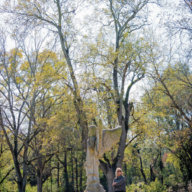 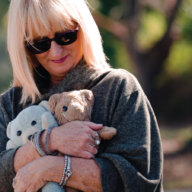 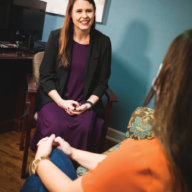 Learn ways to heal and overcome grief, no matter the source

Karla Chidester called the pain “excruciating” – it’s the only word she could find.

Chidester knows grief, having spent 30 years on her own grief journey while helping others through theirs.

Asked where she hurts, she replied, “all over. But mainly my heart.”

Happening in her mid-20s, the pain’s cause was clear: Chidester lost her 2-day-old son, Mickey Stewart, in 1990 as result of a birth defect, a diaphragmatic hernia.

“It was devastating, so horrible a loss,” she said. “It was the loss of my first child, our wanted and much planned and longed for child, with all the hopes and dreams of who he might be, all the moments we would share, all the firsts, all the challenges and all the victories we’d have together. Now, they were gone, never to be, and all I had were empty arms and a hurting heart. My then-husband and I just hurt so badly.”

Through Chidester’s own experience, and experiences she’s shared with others, lessons have been learned. Alongside Ashley Allen, a licensed clinical social worker and director of Macon-Bibb County services at River Edge Behavioral Health, the two share a selection of their thoughts during this, a moment of surging personal and societal griefs.

Put most simply, Allen said grief is the emotional response to loss.

But she and Chidester agree that loss, grief and their subsequent emotions aren’t simple and are unique person-to-person. Still, some aspects are shared.

“Grief comes in waves,” Chidester said. “Sometimes light, sometimes crashing and overwhelming. There are definitions, but the grief you go through is your own and the emotions when you wake up in the middle of the night don’t feel like something you can define.”

What kind of loss causes grief?

For Chidester, it was the loss of a child and later the horrific loss of a sibling.

“Commonly, people think of death as the cause, and the death of a child can seem the worst,” she said. “But what about the spouse of 55 years, the life-long love? So devastating. You can’t weigh one person’s loss against another’s. Your loss is your loss. You can’t judge.”

Chidester and Allen said loss in relationships other than family can range from the death of a close friend to when someone moves away. The list carries on to divorce and other broken relationships. There’s also the loss of a home, a job, career, income or a business. There can be a lost sense of security following a burglary, rape or societal upheaval. There can be grief from the loss of a pet. The list goes on.

What’s the best way to deal with grief?

There’s no magic pill to resolve grief, Chidester said, and Allen said answers can be different for each person.

For Chidester, the answer included working through grief surrounded by others. She reached out – but many don’t. Maybe they hurt too much, wrongly think their grief is unique or guilt leads them to believe they must face it alone. Within months, Chidester began attending local meetings of Compassionate Friends, an international organization helping people deal with the loss of a child, grandchild, siblings, parents and similar.

She said the connection was a godsend and threw herself into sharing her grief with others and finding and giving comfort and support. She was helped. By 2012, 22 years after Mickey’s death, she became and remains a leader of the Middle Georgia chapter.

By 2018, spurred by the loss of her brother, she became a leader of Grief Share groups, church-hosted groups geared to a wider scope of loss. She also became a certified grief recovery specialist using the Grief Recovery Method and began providing support services through groups and one-on-one using the business name Hope Again After Loss LLC.

Allen agreed the support of others is crucial and said that when needed, professional counseling shouldn’t be shunned.

“It’s wise to connect and use your support system, your family, friends or others to help you deal with loss,” she said. “Just talking to someone can be so helpful and support groups very useful. You might not even speak directly about grief or loss but just connecting helps. However, there are times emotions get to be so much that professional counseling is in order and there shouldn’t be any stigma to it. We don’t mind going to a doctor when we’re not feeling well. We shouldn’t avoid getting help when our brain, our emotions, are sick with grief.”

Are there practical bits of help?

While reiterating reaching out and saying that’s why there are funerals, family gatherings and other cultural supports, Allen said a measure of knowing yourself is important.

“I mean, what makes you feel good?” she asked. “That’s important to know when facing tough emotions. I’m a big animal person, so my dogs make me feel better. Things you like can provide a sense of well-being. For some, it may be exercise or being creative. A good thing about support groups is someone may recognize your enjoyment of gardening and encourage you in it. Sometimes we shut down and won’t allow ourselves to do what revives us.”

Allen and Chidester said you must also give yourself permission to have bad days. It’s OK – and you’re not the only one who does.

What about so-called stages of grief?

There are many versions of grief’s stages, but common ones include denial, anger, bargaining, depression and acceptance. Chidester and Allen said recognizing these can be useful – but there are pitfalls.

Allen stressed the stages are cyclical, not linear, and going through it once doesn’t mean you’ll never face a version of it again.

“They’re helpful,” Chidester said. “But it’s a process. You don’t get certified after completing one because we’re people, not machines, and we feel things again and again. There’s no absolute right or wrong way to get through them. You don’t just fix grief through steps, but you do heal. I hope everyone hears that. You can heal and see brighter days.”

How can I help others?

Chidester said much of what she needed and learned in helping others is represented in a drawing she uses. It’s a cartoonish personification of a heart. It’s a big, full-page heart with big ears – but it has no mouth.

“What people experiencing grief usually need most is someone who cares and will just be with them and hear them,” she said.

Chidester said it’s natural to want to help those grieving not feel bad, but that’s not always the answer. Grief and healing aren’t comfortable things.

“And it’s natural to feel bad yourself because you don’t think you have the right words or perfect answer,” she said. “But there rarely are right words or perfect answers. It’s wrong to think our responsibility is to make everything all better or for them not to cry – to make things ‘nice.’ Letting someone be a hot mess and cry it out may be just the healing that’s needed.

“That pat on the back indicating, ‘There, there, everything will be alright,’ may shut things down when the person knows things aren’t OK. They need to know they have a friend and aren’t alone. Listening without judging their grief can be so important. If you listen, they’ll probably tell you what they need.”

And what about COVID-19?

Allen said what’s already been discussed about grief – losing jobs, income, security and health – applies, but in many cases is intensified by the COVID-19 pandemic.

“What do you do when people need a hug but hugging isn’t allowed?” she asked. “Or when your support group can’t meet? There have been attempts at virtual, online support groups and counseling and that’s good, but it’s not the same.”

Practically, Chidester has arranged for some of her groups to meet in her yard to social distance or at the Compassionate Friends’ remembrance garden at North Peach Park in Byron. But meetings are still sparse and hugging and other human expressions have become “ask permission” activities.

“We still need each other, though,” she said. “Probably more than ever.”

While restrictions may be easing, contact remains problematic and grief’s impact is real, widespread and affects everyone to varying degrees.

“We all know the pandemic, social distancing and things we throw under terms like ‘new normal’ affect us, but I wonder if we realize how deeply,” Allen said. “Big things are obvious. Death. Not being able to have funerals. Losing businesses or putting off long-anticipated weddings – we know these hit us hard. But little things add up and have an impact, too.

“For me, a huge UGA fan, not going to games may not be so big overall, but it’s a big part of my ‘normal’ and I’ve lost that. We all have little losses, most of us a lot of them. Even weekly routines like going to the grocery store, getting our hair fixed or getting a meal out. Do we even feel safe going over to someone’s house? We’ve lost ways of living, plans, possibilities and all that touches us more than we realize. Saying we just want to ‘get back to normal’ indicates loss. We’re grieving individually and collectively.”

Are we dealing with it? Allen said yes and no.

“Again, you have to go back to the fact that there’s no single, right or wrong way to grieve and that we all heal in somewhat different ways,” she said. “I haven’t heard of specific groups on COVID-19 yet but we have to be aware and know that processing emotions in such an isolated atmosphere is tough. You may feel anxious or out of sorts or other things and think, ‘it’s just me.’ But really, there’s this larger, oppressive situation. Don’t just suffer. Reach out.”

Allen warned even though it’s too early to benefit from research and statistics regarding mental health and the pandemic, it’s clear to those offering direct care that people are dealing with more issues. And she warns one statistic is clear: There’s an uptick in suicide.

At all times, and especially at this time, Chidester urges active compassion.

“Please,” she said, “be aware of one another and love one another. It’s OK to reach out. There’s always a way.”

Despite the challenges, Chidester and Allen are optimistic because, although grief is never eliminated, healing can be found.

Teresa Tomkins agreed. She carries her own story of grief and the loss of a child, and has known Chidester for a dozen years. She vouched for Chidester’s compassion, saying she herself has been helped by her – or perhaps it’s that the two of them, along with others, have helped each other.

Tomkins is now a Compassionate Friends co-leader and has seen the good that comes from it as well as the Grief Recovery Method’s eight-week course and Grief Share’s 13-week, faith-based program like the one Chidester leads at Byron City Church.

“They are different ways to similar ends,” Tomkins said. “There is hope. You can survive, but you need to learn to deal with grief, to handle it, and often that comes through community and people who often come to feel like family.”

“Still, it was Mickey who made me a mother and that has stuck with me,” she said. “And it’s what helped me become someone who cares deeply about others going through grief – all kinds of grief – and who wants to help. You don’t get over grief, but finding meaning and hope beyond it can certainly help tame it.”

To find help in your grief, contact Karla Chidester at 478-954-4592 or karla.chidester@cox.net and River Edge Behavioral Health at river-edge.org. 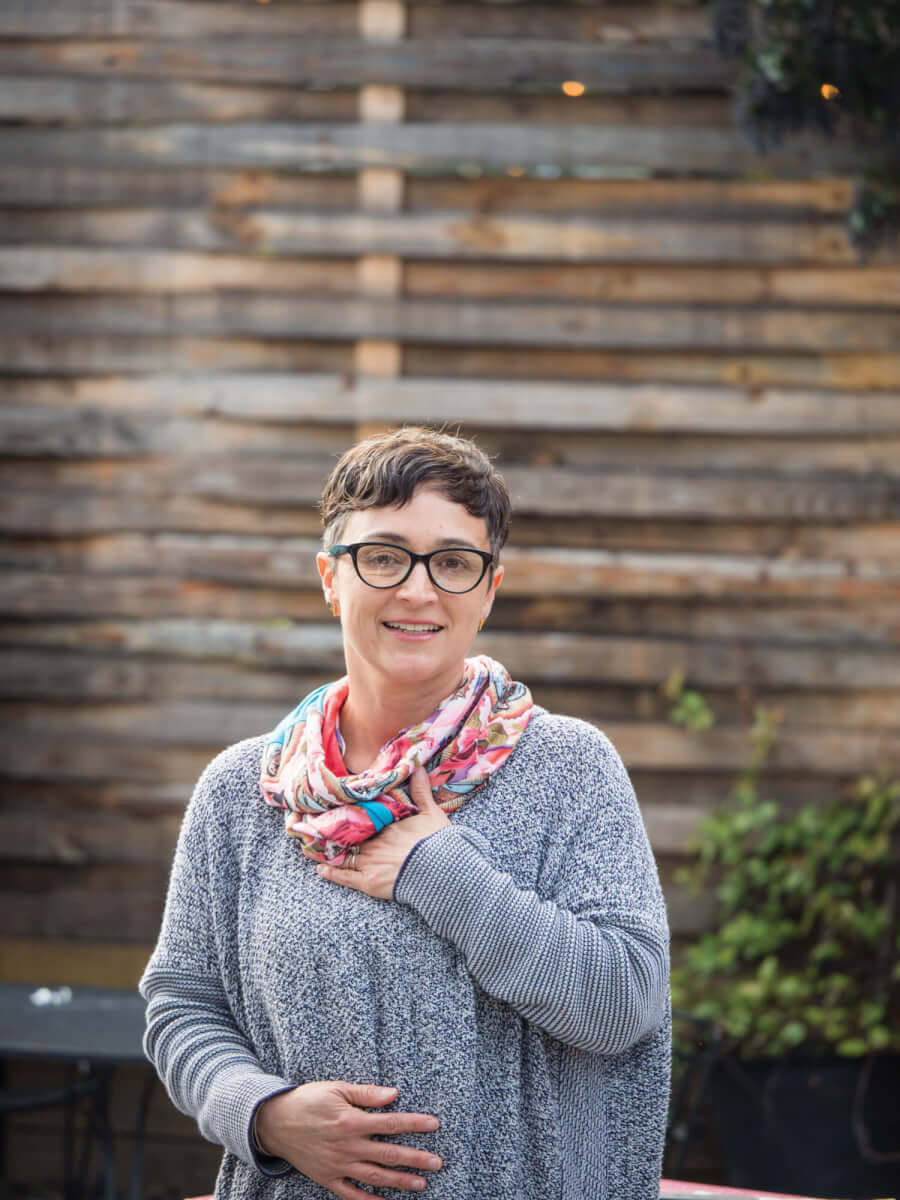 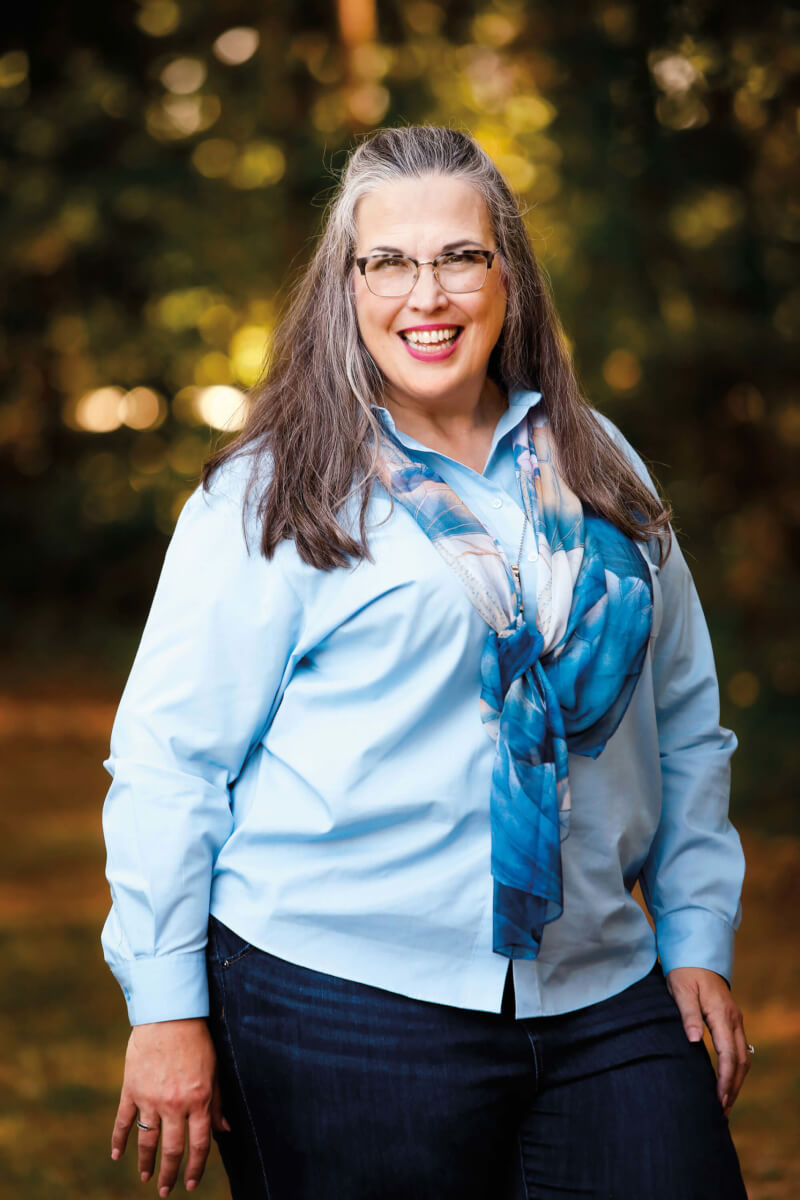 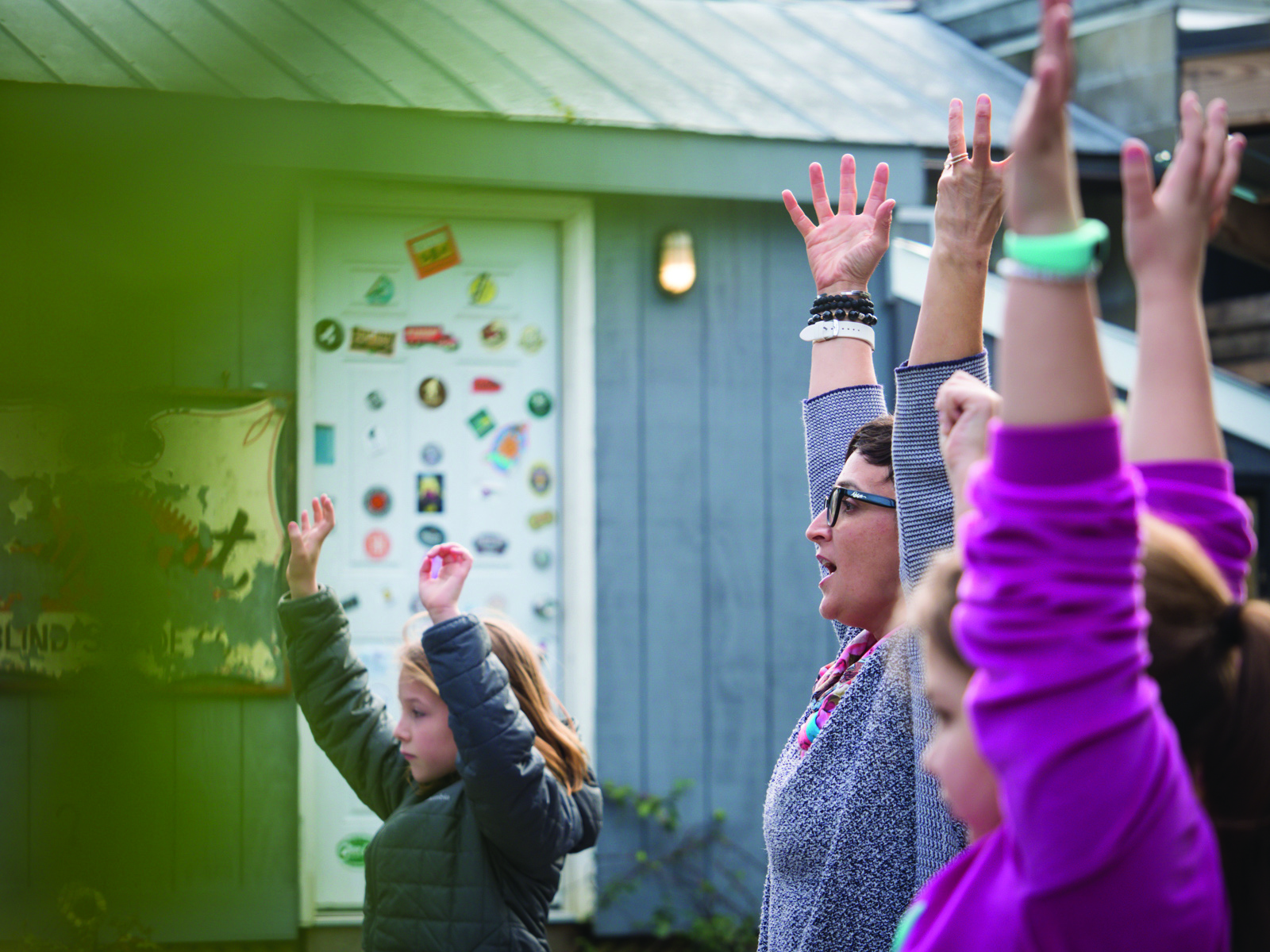 I am ready, I am steady: Maria Andrade leads program that teaches children to use breath as a means of focusing their emotions